Tribute to friends in Ottawa, Canada….

It was with great sadness and disbelief that we read about the devastating tornadoes that swept through Ottawa last week. And we were even more shocked to found out that the little community that we stayed in a few months ago was directly impacted. Thankfully, there were no casualties.

Mike and Janice, our thoughts and prayers are with you and your delightful neighbours. You will always hold a special place in our hearts as we remember the generosity and graciousness you showed us during our stay with you.

For those that didn’t hear about the tornadoes, following is a short extract from Wikipedia to provide some insight. 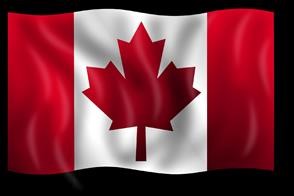 On the afternoon of September 21, 2018, Environment Canada issued severe thunderstorms, along with tornado warnings for much of eastern Ontario and southern Quebec. Between 3:30 PM and 6:30 PM EDT, six strong tornadoes hit the National Capital Region of Canada. One of the tornadoes made a direct hit on the rural community of Dunrobin in the west end of Ottawa, then crossed the Ottawa River and hit the Mont-Bleu neighbourhood in the Hull sector of Gatineau, Quebec. The tornado was classified as a high-end EF-3, with winds reaching 265 km/h. Approximately 25 people were injured, six of those taken to hospital and five people had life-threatening injuries. At least 200 buildings were damaged and an unknown number were destroyed. A second tornado hit the Craig Henry, Arlington Woods, and Colonnade Road neighbourhoods in Nepean and was measured as a high-end EF-2 with winds of 220 km/h. A total of six tornadoes in the region were eventually confirmed by Environment Canada